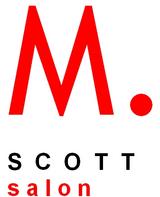 Anania (author, The Color of Dust), among others-

but considers EVERY client a special celebrity.

His long-layered haircuts, blow drying and finishing, and

runway/editorial work has been noted in several magazines

and television features including Austin's Tribeza Magazine, TLC's What Not To Wear and WE's Secret Lives of Women.

A featured morning on-air talent for PC-TV-Park City's Local Fashion segment, he currently provides hair dressage and  make-up for Mary Dickson, KUED- TV Salt Lake's weekday evening host of Contact while serving his Salt Lake, Austin, and Seattle clientele. As a session artist, he has provided hair and make-up artistry at the Sundance Film Festival for several seasons, and is a favored front/back stage mentor/coordinator for his friend and colleague Oscar Bond-   2010 NAHA Stylist of The Year, and owner of Bond Salon and the Bond Academy in New York.

A frequent visiting Guest Artist for several noted hair/make-up academies and salons, his lectures and demonstrations are enthusiastically received by audiences everywhere.

Recently, his Hairstyling For Mothers and Daughters workshop has received critical acclaim by the media and community.

"Every Client is a Celebrity"

In addition to being our studio's principal hairdresser, proprietor, mentor and host, Scott also serves as KUED-TV's Key Hairstylist- ensuring the on-camera presentation of the station's talent including Mary Dickson, presenter of the station's popular production Contact

Scott is a long hair specialist.  For men's cuts and shorter women's cuts including graduated and a-line cuts, he gladly recommends his talented Associates

M. Scott Salon is the personal studio of Scott M

The M. Scott brand has been a recognized marque of exceptional taste and service within the fashion hair and make-up communities since its Seattle creation in 2003. Having further made it's impression within the Austin area to great fanfare in 2007, the M. Scott studio salon opened in Salt Lake in the Fall of 2009.  2022 marks the 13th Anniversary in the Salt lake market!

He is complimented by his exceptionally talented

Scott's color focus is directed towards warmer-toned, classic blonding- a return to his specialty, when voted "Best For Blondes" in Austin, TX.  Cool-Tone Blonding is kindly referred to his protégés. 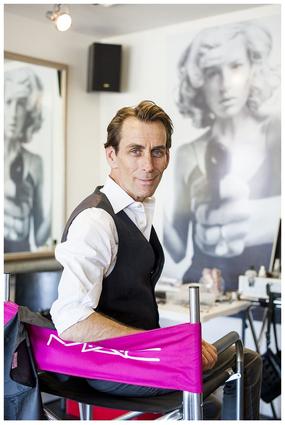 Scott's cuts are exclusively limited to his specialty.  With a training and focus via the Fekkai, Dessange, Forbes, Jean-Louis David, and Sebring schools (think Sharon Tate, et. al.), his cuts are extroverted, long-layered, with lots of dancing movement- and often look great, several days after his dressage:  Alluring, even when mussy or disheveled (SAMPLES).  Strong French and Italian influences.  He never uses a flatiron, avoids beveling and graduation, and seldom if ever dry cuts except for finishing work.  He avoids employing point cuts, and now avoids cool tone highlighting.